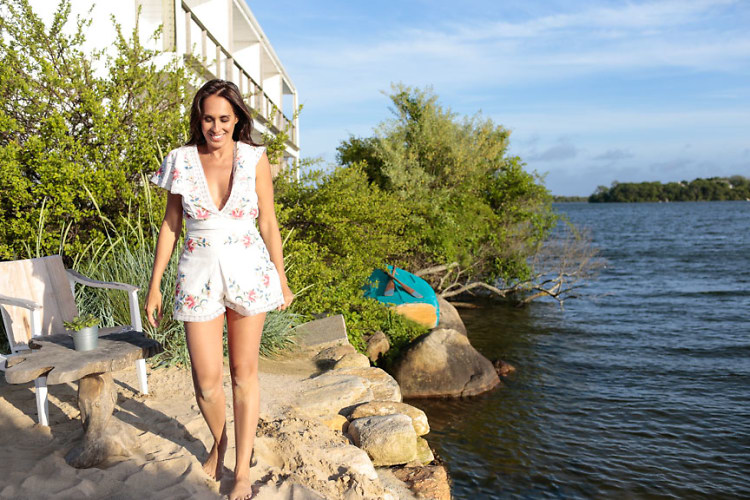 Each summer we see a mass exodus of New York City cool kids, socialites, and celebrities to the Eastern most tip of Long Island. And though Montauk, the Hamptons’ bohemian haven, has always been a town of fishermen and sandy surfers, it’s certainly never been sleepy – just ask anyone who’s ever rubbed elbows with Mick Jagger or Jackie O at Andy Warhol’s beachside compound in the ’70s. Nevertheless, it’s only gone up on the social register since then, no doubt thanks to the allure of A-listers who increasingly arrive in droves. And when they do arrive, you can most likely find them at The Surf Lodge.

The hotel, eatery, and waterfront lounge has hosted Trumps and Obamas, supermodels and pop stars, all in the past few months alone. You can imagine who they’ve seen on the scene since opening 10 years ago.

But for the wizard behind the curtain, founder Jayma Cardoso, The Surf Lodge has never been a contrived celebrity hot spot. When she opened it in 2008, she aimed to create a space that was true to the simplicity and beauty of Montauk – which happened to remind her of her native Brazil. But alas, one can’t help but welcome a glittering – and loyal – clientele.

Click through for our chat with Jayma and learn how the Hamptons showrunner has kept The Surf Lodge sizzling for 10 summers running.